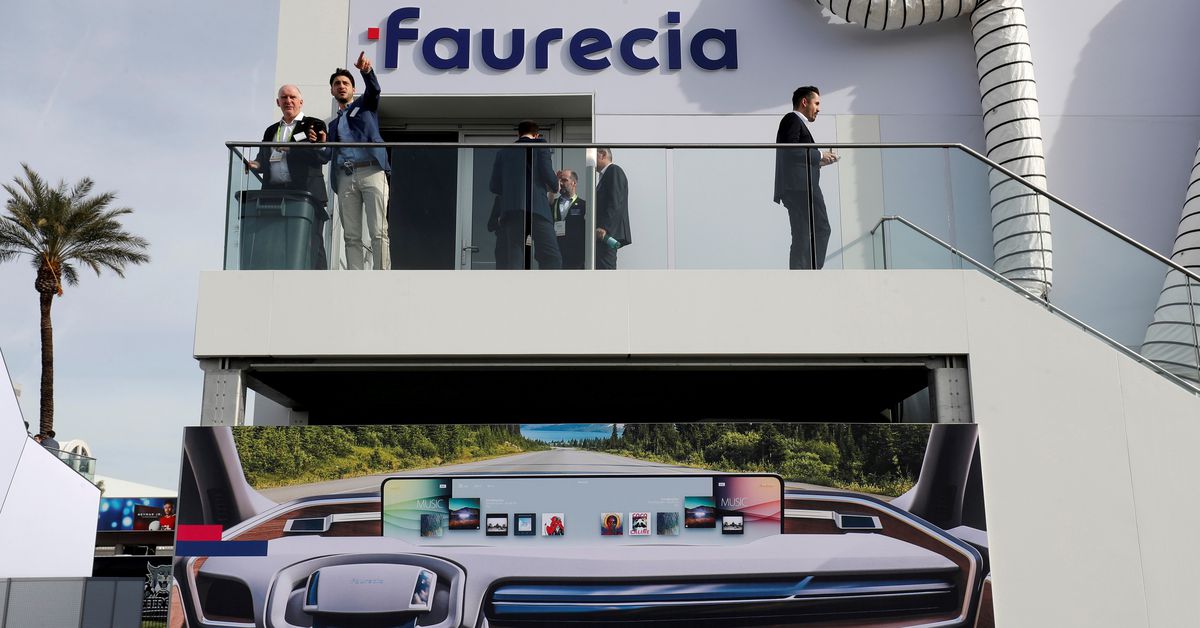 An illustration shows a car dashboard with a giant screen on the side of the Faurecia booth during CES 2019 in Las Vegas, Nevada, U.S., January 8, 2019. REUTERS/Steve Marcus/File Photo

PARIS, Sept 23 (Reuters) – French automotive supplier Faurecia (EPED.PA) on Thursday lowered its main financial targets for 2021, saying it was adjusting them due to new forecasts for the global automotive market published last week by the information provider IHS Markit.

Faurecia noted that IHS Markit now estimates global auto production at 72 million vehicles this year from 76.8 million previously, adding that the sharp drop was mainly attributable to a higher-than-expected impact from semiconductor shortages.

“Faurecia’s financial forecast for 2021 was explicitly based on the assumption of 76.6 million vehicles produced on a full-year basis,” the company said.

Based on this new assumption of global production of 72 million cars, Faurecia now forecasts annual revenue of 15.5 billion euros ($18.2 billion) versus a previous target of 16. 5 billion.

The group, which won a tender to take control of German lighting group Hella (HLE.DE) last month, said its 2021 operating margin would be between 6.0% and 6.2% against a previous forecast of 7%.

Faurecia’s net cash target, which the group had raised at the end of July, has also been lowered, to around 500 million euros against a previous target of a total above this figure.

“The revised guidance for 2021, adjusted to reflect the sharp reduction in global automotive production to 72 million vehicles in fiscal year 2021, confirms Faurecia’s strong operating leverage and the effectiveness of resilience actions,” said Faurecia.