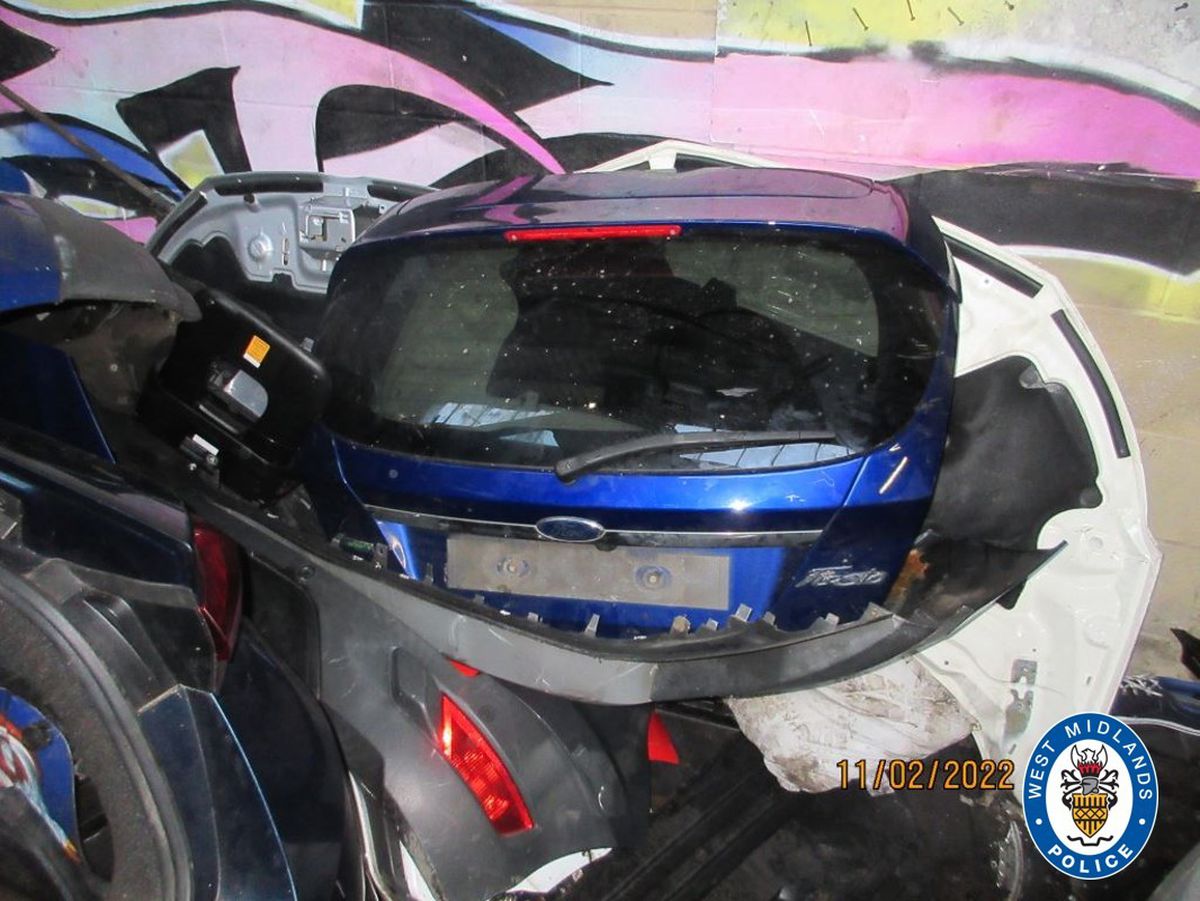 The Ford Fiesta had been stolen in Lye on Wednesday and then, after a tip-off of its location in Brierley Hill, officers closed in on the unit. Spotting the police, a man fled the premises and, in a failed attempt at freedom, walked into a cafe and posed as a customer.

However, officers saw through the escape offer and arrested him on suspicion of auto theft, then raided the Station Drive unit.

A West Midlands Police spokesman said: “Inside the unit were bodies of several stolen cars, including another Fiesta stolen in Coventry on February 3, a BMW taken in Wolverhampton the following day and a stolen Skoda Octavia in Leicestershire on New Years Eve.

“We also recovered number plates from other stolen vehicles, cloned plates and an array of parts that we suspect were ‘cut’ from stolen cars.”

Vehicle experts are now meticulously examining the parts of the car to try to gather evidence to link them to the car thieves.

“There are hundreds or parts of them, mostly from Fiestas but also from BMWs, and we will be looking to link them to offenses in the region and beyond.”

He added: “We also found a small cannabis production facility in the unit.”

A 34-year-old man has been released on bail while police conduct a further investigation and forensically examine recovered vehicle parts.

Vehicle theft has risen by 37% in recent months and West Midlands Police suspect many of the vehicles taken end up in hash shops where they are dismantled for parts.

Police are now urging anyone who suspects a unit or garage is handling stolen vehicles or acting as a chop shop to get in touch so they can take action.

To report suspicions, contact police via live chat on the West Midlands Police website between 8am and midnight or by calling 101 anytime.

Alternatively, the independent charity Crimestoppers can be contacted anonymously on 0800 555 111.

Toyota expands production of electric car parts at 2 US plants