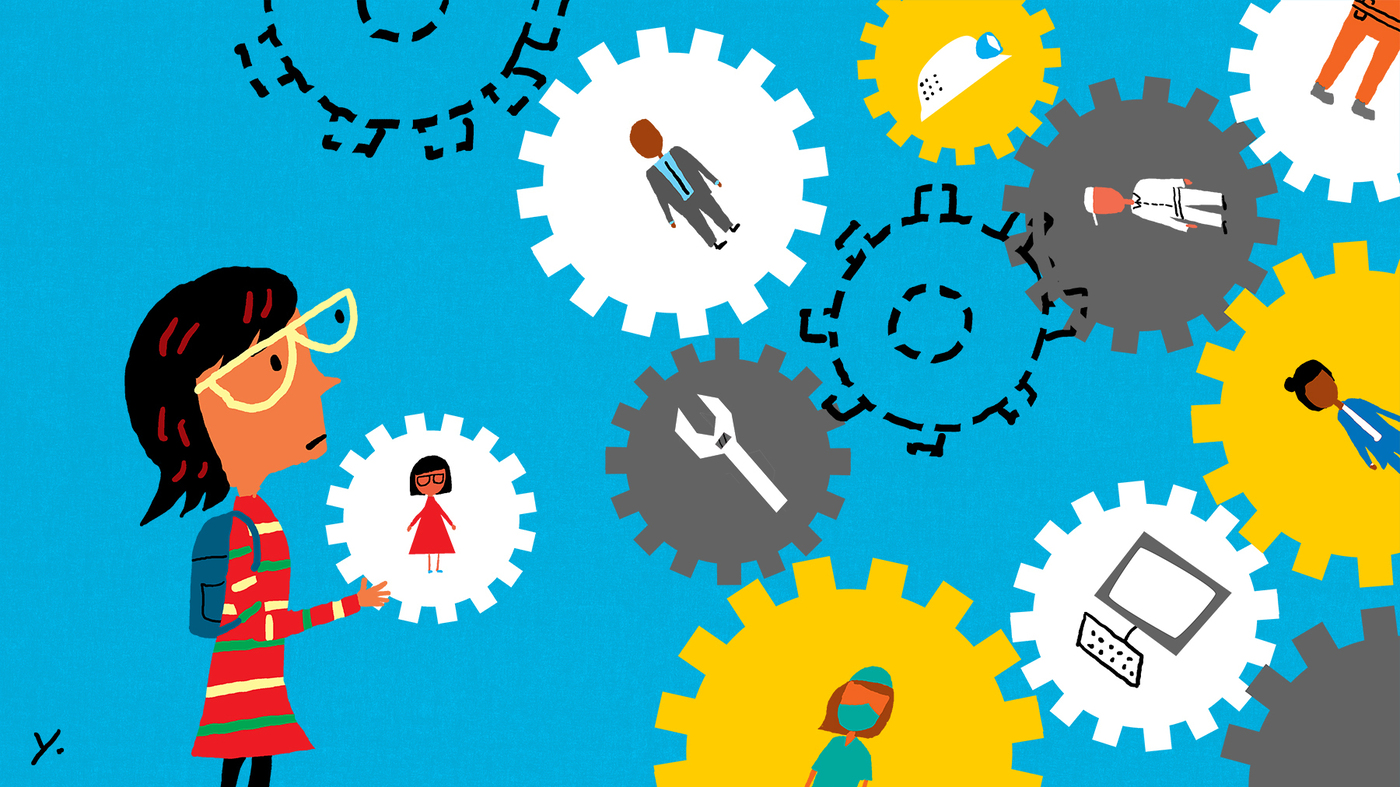 Illustration by James Yang for NPR

Illustration by James Yang for NPR

There is a lot in a job.

What a person does for a living can say a lot about their interests, areas of expertise, and lifestyle. Likewise, the types of jobs created or lost in the economy can tell us a lot about the direction in which we are all headed.

Over the last hundred years or so, there has been a massive shift in our national economic identity, largely due to the transition from an economy based on labour-intensive manufacturing jobs, from class worker, who produce goods to an economy more driven by service sector where more and more jobs require specialized training or higher education.

This transition has advantages. Jobs tend to be less dangerous, many goods become cheaper, and many workers have access to comforts that a turn-of-the-century factory worker could not have imagined even in his wildest dreams.

However, our shiny new skills-based economy also means fewer job opportunities for workers who don’t have access to education or training to enable them to compete for well-paying positions with great security. long-term employment.

Today’s lesson is a story from the front lines of an economic transition. We travel to a factory, once a symbol of our strong manufacturing economy, where today all the forces influencing the transition are colliding at the same time and where workers and business owners are forced to adapt on the fly . We enter the decision-making process of when to replace a worker with a machine.

Next, we go to a farm where even wage increases are not enough to attract needed workers. International pressure and cheaper food from abroad prevent higher wages. We’ll see how immigration and trade policy affect wages and the supply of labor…and celery.

Look in the news for articles about hirings and layoffs. What types of jobs are being lost? What kind are won? Are job losses the result of structural unemployment or cyclical unemployment? Show us your discoveries on social media with #PMSummerSchool.

Summer Eco Songs: Every week we pick a few of our favorites and add them to our playlist. Recommend your favorite on social networks. Be sure to use #PMSummerschool.

Subscribe to our show on Apple podcast, Pocket casts and NPR one.

What are installment loans and how do they work?