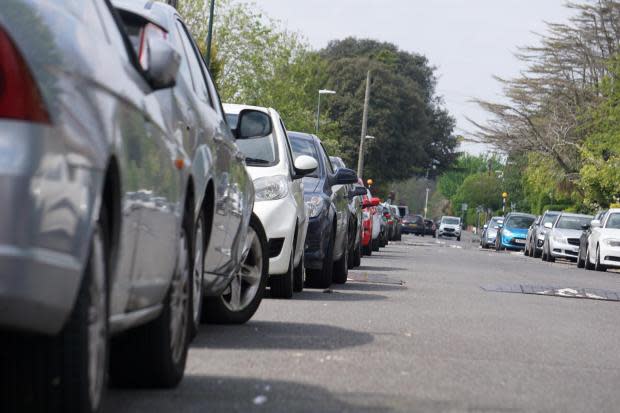 COUNCIL leaders have been criticized for their ‘totally unfair’ parking policy which has been called a ‘potentially class war at work’.

This means that in all three city centers no parking is needed, regardless of the size of the accommodation and the number of properties on offer.

Councilor Philip Broadhead, Deputy Leader of the BCP Council, defended the zones, which he said were based on car ownership data as well as accessibility to local services.

The co-ordinators of the East Cliff and Springbourne and Lowther and Milton Homewatch Residents Group both denounced the Tory leadership at a full council meeting on April 26.

“Cabinet adviser Mike Greene claims justification for the current policy because East Cliff and Springbourne (with high-density housing without abundant on-street parking) are close to the city center and can therefore make better use of public transport .

“Yet the council leader’s affluent low-density residential area, with plentiful street parking just as close, has a completely different policy.

Ian Lawrence, from Lowther and Milton Homewatch, asked councilors to hold a vote to scrap the zonal parking policy.

Lowther Road, a long residential road in Charminster, is in three different zones on the parking policy document.

Cllr Broadhead said car ownership is higher in areas where residents are less able to travel by modes other than car and lower where access to local services is higher.

“Later this year, we will have started work on the new local plan for the BCP region, where we will have further opportunities to adjust policies that we believe could help the issues we face regarding our needs. when it comes to housing,” said Cllr Broadhead.

“This will include plans for how much parking is needed in certain areas and what types of houses to build where. This is where we can sort out the big policies.

He said the zonal parking policy was “partly a reaction” to this – saying proposed developments in urban areas had either not been featured at all or had elements of affordable housing argued for by mitigating the viability.

“Not requiring applicants to provide parking in these new developments, and bearing in mind that they are perfectly permitted to provide parking if they believe the market requires it, is a pragmatic way of approaching this issue, alongside the reality that in most of these areas almost half the people don’t have a car anyway.”

Keep up to date with all the latest community news across Dorset with our dedicated Facebook group. Click here to learn more and join.