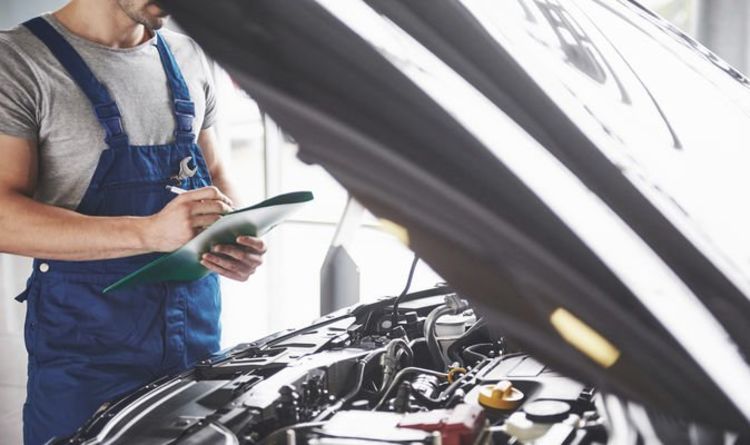 It is estimated that UK drivers could be forced to spend an extra Â£ 100 per year if they go ahead. The EU is considering changing so-called block exemption rules, which allow independent garages to use cheaper â€œaftermarketâ€ parts rather than manufacturer-branded components.

Due to a post-Brexit deal, the UK would automatically follow these rules, unless UK regulators intervene.

Currently, the Competition and Markets Authority, the UK regulator, is in talks with the government about the current rules before they expire in 2023.

A final decision will be made by Business Secretary Kwasi Kwarteng.

Andy Hamilton, CEO of Euro Car Parts, urged the government to override the EU in its plans.

He said: ‘We urgently need to understand what the CMA’s plans are, otherwise UK drivers risk being dragged into a monopoly which will cost them almost Â£ 100 a year and much more in the future.

â€œThe ministers must intervene to speed up the file.

â€œOtherwise, Brits across the country will have to shell out Â£ 2.4 billion in extra costs that will go directly into the hands of automakers – many of whom charge a hefty premium for repairing their vehicles.

â€œIndependent garages consistently rank higher for customer satisfaction than franchise dealers, offering local ‘all brands’ service at a competitive price – which can be tailored to the parts the operator is comfortable with. to pay. “

Any change in current legislation could pose a serious threat to the UK’s 30,000 independent garages and their 350,000 employees.

Over the past year, motorists have been hit by gasoline prices reaching eight-year highs.

Rising oil prices and fears of inflation pushed them to levels not last seen in October 2013.

He said: ‘A family with two petrol cars would have spent around Â£ 230 on fuel in November if the Covid lockdowns had not discouraged travel.

“Now the monthly cost of refueling their vehicles is over Â£ 265.”

It comes as many motorists start leaving for their summer vacation with the RAC predicting “unprecedented traffic levels”.

More than 29 million holidays in the UK are expected this year, including 16 million during school holidays alone.

With the government’s implementation of the Transport Decarbonization Plan (PDT), the announcement to ban the sale of new gasoline-powered cars from 2030 left many questions unanswered.

With the ban on new sales, estimates show that up to Â£ 30 billion could go under budget as a result.

Ministers also suggested that new green taxes would likely be introduced to offset the expected loss of taxes on zero-emission vehicle fuels.