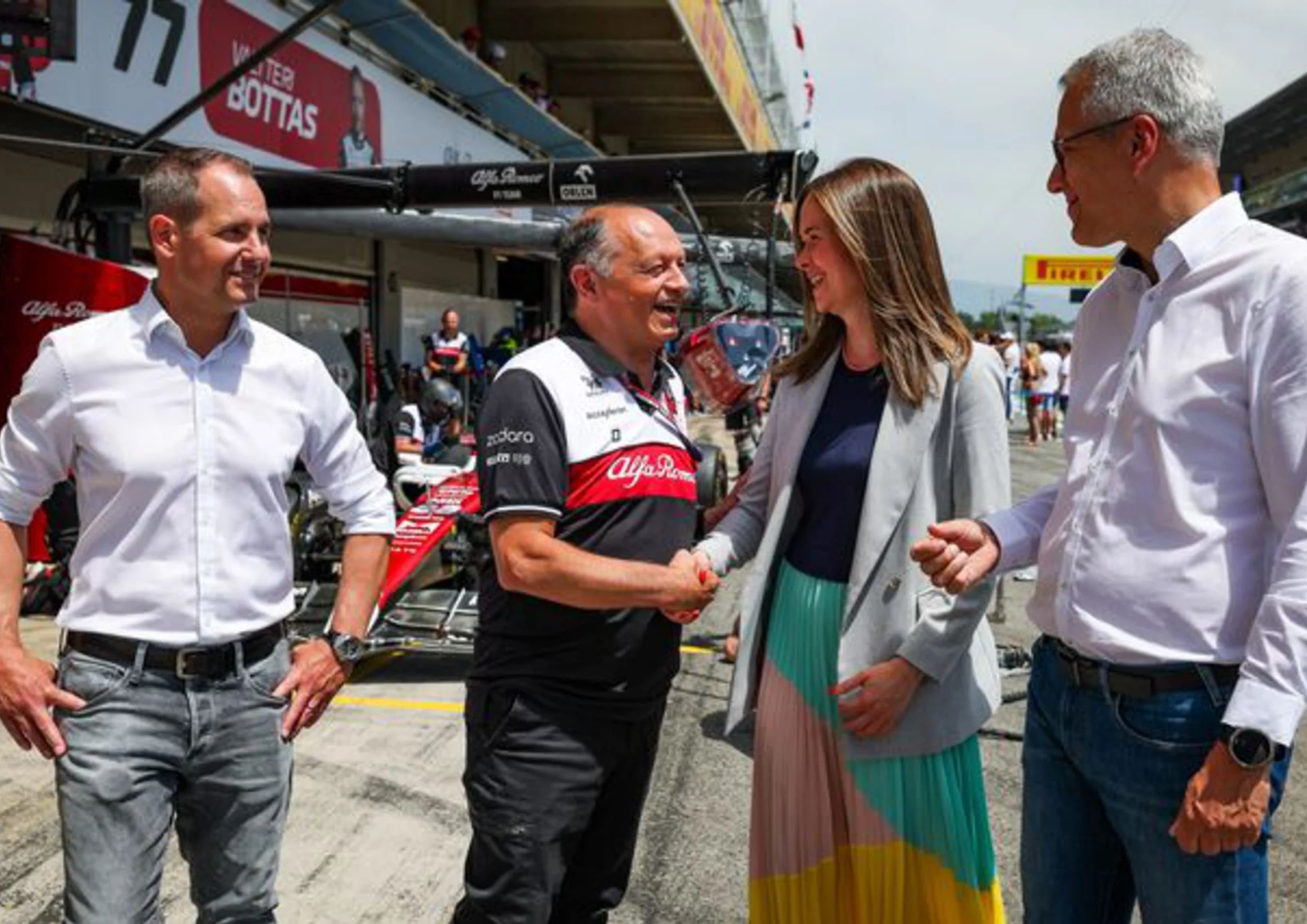 The leading manufacturer of EOS 3D printers has entered into a three-year technology partnership with Sauber Technologies, a subsidiary of the Sauber Group which runs the Alfa Romeo Formula 1 team.

Signed during the Spanish F1 Grand Prix last weekend, the deal will see the pair 3D print everything from production aids and aero spoiler designs to end-use race car parts. Through a process of ‘constant optimisation’, the companies say they aim to not only unlock efficiency and throughput gains for Sauber’s Formula 1 outfit, but also explore the wider potential of the technology in motorsport.

“We are seeing additive manufacturing applications in F1 for prototyping and mass production, where repeatable part quality is critical,” said Markus Glasser, Senior Vice President EMEA at EOS. “Together with Sauber, we aim to set new benchmarks here. With more AM applications in series production in F1, automation will also be key, enabling higher productivity and lower costs per part.

“Sauber is the first customer of polymer-based additive manufacturing, integrating it into its production, including the installation of an EOS P 500 system.”

Founded by Peter Sauber in 1970, the Sauber Group is a Swiss motorsport engineering company that is best known for its achievements in Formula 1. The company ran an independent team in the sport from 1993 to 2006 and from 2010 to 2018, briefly operating as a factory BMW. held for a short period in between, before entering into a partnership with Alfa Romeo which has seen it operate under the latter’s name since 2019.

In addition to continuing to play an active role in the R&D of the Alfa Romeo F1 Team ORLEN racing car, the Sauber Group has also sought to place itself at the forefront of automotive 3D printing innovation. Alongside Additive Industries, the firm set up a Metal 3D Printing Competence Center, where it originally planned to install two machines in three years, but now 3D prints more than 22,000 parts a year.

Since then, Sauber has also worked with AM Solutions to bolster its post-processing capabilities and has systematically deployed 3D printing in the production of its Formula 1 racing cars. in 3D, this year’s includes fewer, but many would be structural F1 components, and Sauber’s deal with the Camozzi Group should only further those applications of the technology.

Away from F1, the Sauber Group has also set up its Sauber Technologies business, with the aim of applying its motorsport experience to the wider automotive world. Already, the company has unveiled plans to 3D print spare parts for vintage cars, while its Sauber Engineering branch has achieved TÜV SÜD AM production site certification, and collaboration with EOS is now expected to contribute to its ambitions on and off the track.

As a first step towards achieving the F1 and wider motorsport goals set out for its latest technology partnership, Sauber Technologies is set to install an EOS P 500 3D printer later this year. According to EOS, the machine has a build rate twice as fast as the next fastest laser sintering system on the polymer market, the EOS P 396, so it should allow Sauber to deploy it into mass production. .

EOS also highlighted the unit’s pre-heat functions and low maintenance as potential uptime and lead-time saving factors for Sauber, while adding that its ease of integration into existing MES/ERP systems could enable quality assurance on an industrial scale.

Beyond its initial use in producing spoiler designs, the partners did not disclose any other applications for the machine, but did reveal that their initial work will involve EOS’ PA 2200 material. More broadly, Christoph Hansen, COO of Sauber Technologies, described its deal with EOS as a “perfect cultural fit” and hailed the potential of the company’s portfolio to help scale its 3D printing operations. .

“EOS and Sauber share the same passion for application-oriented design and the highest quality standards,” adds Hansen. “From a technology perspective, we cooperate with EOS because its ecosystem of partners and sister companies not only enables the end-to-end solutions we need, including automation, but also provides us with highly customized solutions. through AMCM (Additive Manufacturing Customized Machines). ”

Unsurprisingly, given the rapid iteration required of F1 teams to stay competitive, many have turned to 3D printing in a bid to move up the ranks. Speaking to 3D Printing Industry earlier this month, Formula 1 enthusiast Pat Warner revealed that up to 70% of Alpine F1 car body parts are prototyped via 3D printing, many of which use 3D Systems technology.

Ahead of the 2021 season, Williams Racing also partnered with Nexa3D, in a deal that saw it deploy the technology to 3D print polymer motorsport parts. Specifically, the team used Nexa3D’s high-speed NXE400 system to fabricate functional wind tunnel components, designed to help test the aerodynamic properties of its racing cars.

Elsewhere, McLaren Racing is known to have a long-term partnership with Stratasys, which has allowed it to use additive manufacturing on track since at least 2017. Since then, the technology has reportedly enabled the production of parts ranging from hydraulic line mounts and brake cooling ducts, to the rear fender flaps for team challengers.

For a deeper dive into additive manufacturing, you can now subscribe to our Youtube channel, with discussions, debriefs and photos of 3D printing in action.

Are you looking for a job in the additive manufacturing industry? Visit 3D printing works for a selection of roles in the industry.