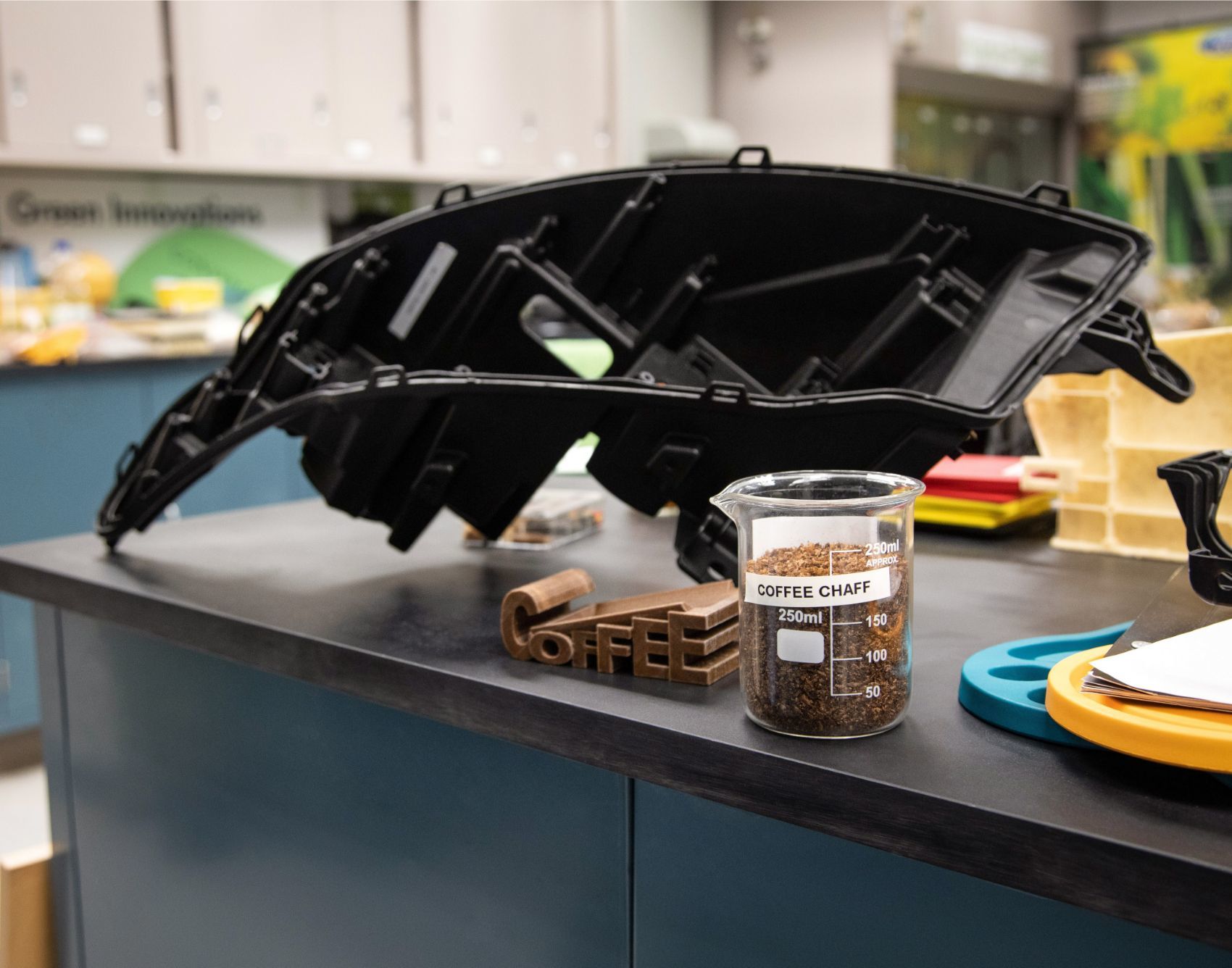 I’m pretty sure I’m the only guy in the Pacific Northwest who doesn’t like coffee. I know, here in Starbucks country it makes me very strange, but there isn’t enough cream and sugar in the world that this stuff doesn’t taste like ground aspirin. Not that I’m opposed to coffee, and, after this wacky but fascinating news from Ford and McDonald’s, I’m even less opposed. Turns out there are some cool things you can do with the leftovers from your average cup of joe.

The leftovers in question are this thing called straw. The coffee straw, the dried skin of the bean itself, comes off naturally during the roasting process. According to McDonald’s (the burgers), that adds up to millions of pounds every year. So what do you do when you have tons of this straw and you need to get rid of it? It turns out that you can use it to craft some car parts.

Coffee in car parts: how it works

Ford (the car folks) and McDonald’s have discovered that straw can be made into a durable material to strengthen certain parts of the vehicle. It sounds like a joke, but by heating the straw to high temperatures under conditions of low oxygen, then mixing it with plastic and other additives, you can turn the straw into granules. The pellets can take different shapes, such as headlight housings.

This straw and plastic composite meets Ford’s quality specifications for various parts (such as headlight housings) and other under the hood components. Not only that, but the components of the coffee straw are around 20% lighter, which increases performance and fuel economy. And best of all for the environment is that the molding process requires up to 25% less energy. Cared for!

The components of the straw also have significantly better thermal properties than the materials currently used according to FoMoCo. Ford also says it’s the first time they’ve used coffee bean skins for vehicle parts. As if they really had to point it out. For Mickey D’s, purveyors of the Big Mac; they expect to direct a “significant portion” of their North American-produced coffee straw to Ford.

Ford & McDonald’s have partners and goals

Besides Ford and McDonald’s, the project also involves Varroc Lighting Systems, which supplies the headlamps, and Competitive Green Technologies, which processes the coffee straw. It’s all part of Ford’s goal to use more renewable plastics.

McDonald’s, for its part, aims to source 100% of its end-user packaging from renewable, recycled or certified sources by 2025. A useful and necessary decision. In addition to this, McDonald’s is helping to develop recyclable cups as part of the NextGen Cup Consortium and Challenge. Both of these efforts are part of the larger McDonald’s Scale for Good initiative, a global obligation to use the massive size of McDonald’s to encourage meaningful change around the world. Huzzah!

“McDonald’s commitment to innovation impressed us and matched our own forward-thinking sustainability vision and action,” said Debbie Mielewski, Ford’s senior technical manager, sustainability research team and emerging materials. â€œIt has been a priority for Ford for over 20 years, and it is an example of the start of the closed-loop economy, where different industries work together and exchange materials that would otherwise be by-products or waste. . ”

â€œLike McDonald’s, Ford is committed to minimizing waste and we are always looking for innovative ways to achieve that goal,â€ added Ian Olson, senior director of global sustainability at McDonald’s. “By finding a way to use coffee straw as a resource, we are improving how businesses can together increase their participation in the closed-loop economy.”

So if you’re a Ford fan maybe it’s time for another cup of joe?

Tony Borroz has spent his entire life driving vintage and sports cars. He is the author of Bricks & Bones: The Endearing Legacy and Nitty-Gritty Phenomenon of The Indy 500, available in pocket or Kindle. Follow his work on Twitter: @TonyBorroz.