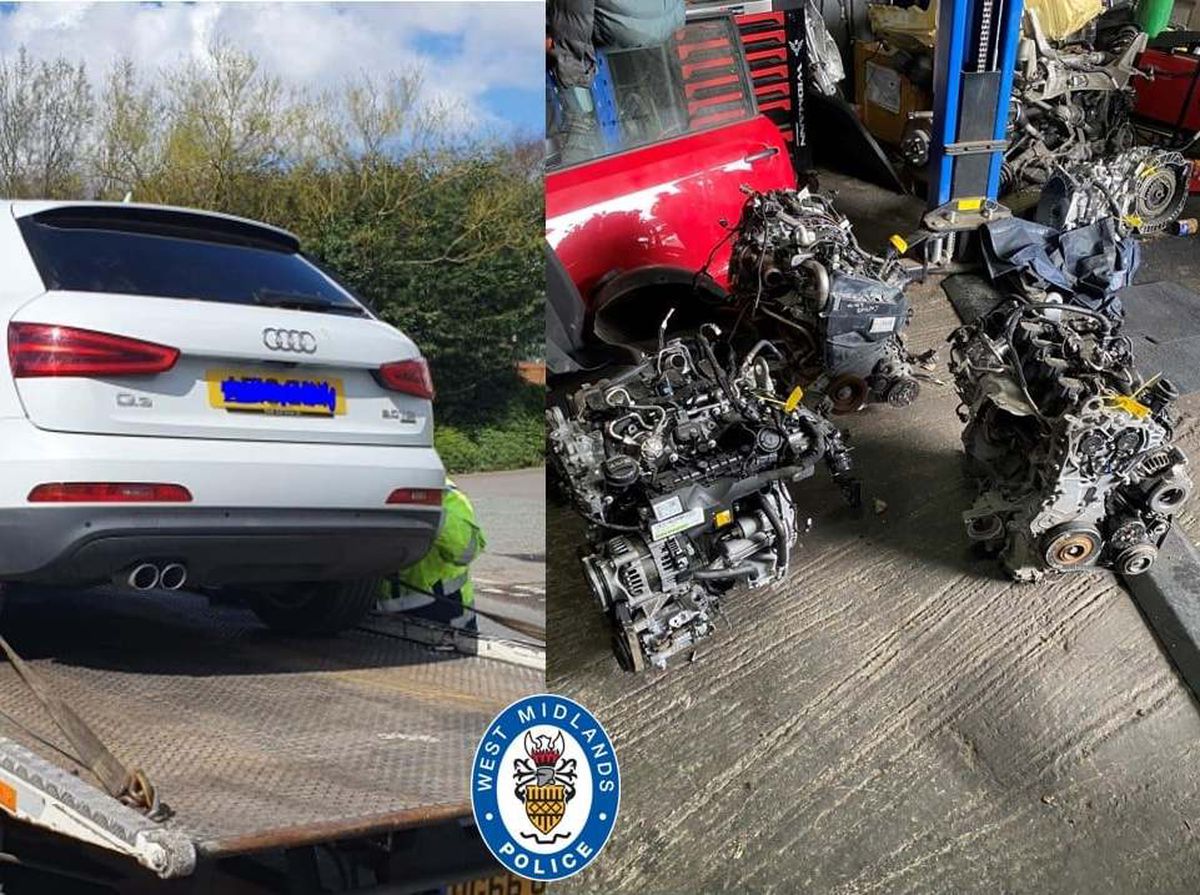 Officers raided the site in Kelvin Way, West Bromwich, based on intelligence suggesting it was handling and destroying stolen vehicles.

Police spent two days at the junkyard sifting through the engines, gearboxes and bodies of mostly high-end luxury cars.

Several have been identified as having been cut from stolen cars, including two Mercedes AMGs taken from the same address in Walsall in February, a BMW M4 stolen in Wolverhampton in January and a Range Rover taken in Coventry on Boxing Day, police said of the West Midlands.

An Audi Q3, a BMW and a Land Rover were also seized for examination.

Three men – two aged 28 and one aged 22 – were arrested on suspicion of receiving stolen goods and car theft.

They said: “Our specialist vehicle examiner is now in contact with car manufacturers in the UK and Europe with the aim of establishing the true identity of the other seized parts.

“We suspect this is a well-organized criminal operation posing as a legitimate salvage yard.”

How to Spot a Chop Shop

According to West Midlands Police, telltale signs of a chop shop include: