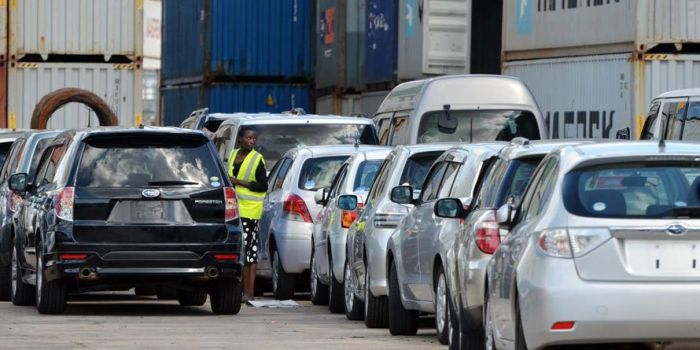 How car parts are stolen at the port

In recent years, complaints of the theft of motor vehicle parts from container freight stations (CFS) during import have increased. Individual importers and car dealers have suffered the brutality of the unscrupulous who remove parts from imported vehicles and sell them on the black market.

Mombasa, the port city of Kenya, receives more than two to three ships carrying up to 2,000 vehicles imported from different countries, but the largest number of these imports come from Japan.

While docking at Kilidini Port, vehicle carriers are unloaded by officers with primary responsibility for moving freshly imported units to various CFSs awaiting clearance from the Kenya Revenue Authority (KRA) and the National Transport and Safety Authority (NTSA).

At the time of importation, the vehicle importer designates a CFS of their choice where their unit is to be stored pending the corresponding authorization.

A fleet of used cars.

As the units are moved from the ship’s docking station to the CFSs, which are about five miles away, parts of it vanish into thin air.

The road serving the port and storage areas (CFS) is characterized by a high number of small-scale automotive parts stores, a key contributor to the dismantling of vehicles to remove some parts.

According to Juma Magoma – a Mombasa-based port operations manager who spoke to Kenyans.co.ke, imported vehicles, if not monitored, make stops at these auto parts outlets where unscrupulous dealers sell certain parts for resale in their stores.

“Vehicles from the port make stops at these stores where the most valuable and easy-to-sell parts are stolen before continuing on the journey,” he said.

Some of the most popular parts include aftermarket tires, rims, radios, side mirrors, car jacks, power window logos and stitching.

Magoma revealed to Kenyans.co.ke that after the parts are dismantled, the vehicles are then rushed to the stockyards when they are reserved awaiting customs clearance.

High-end units such as Toyota Prado are prone to theft when parts such as car computers valued at Ksh70,000 or more are stolen and sold quickly.

According to Magoma: “Some of these new cars don’t come with spare tires but come with a flat tire kit which is now the target of these shady dealers.”

He goes on to say that once the drivers arrive at the storage yards, they report certain parts as missing and reserve in the vehicles as well, adding that many importers have been victims.

“Many car importers have been victims of spare parts theft and have filed complaints. Replacing these parts is proving to be a costly business for them,” he added.

Once an importer realizes that there is a missing part in his imported unit, he is required to file a complaint with the exporter and the shipper in order to identify from the manifest where the parts were lost.

The complaint takes up to a week before the exporter can respond with a full manifesto.

Magoma says most importers choose to clear vehicles before a full answer is given due to the huge storage costs which amount to around Ksh4,000 per day.

However, for those who choose to wait and the shipper report shows that the parts were recorded as being present at the time of loading and unloading, the cost of replacement is borne by the CFS as they are required to compensate the owners.

To curb the threat, insurance companies have now taken an active role in ensuring that drivers are assigned to transport vehicles from the port to the storage yards.

To ensure correct counting and recording of all motor vehicle parts, three counts are made by the exporter, the shipping company and the insurance company. CFS are supposed to cross-check the manifest and sign against in order to verify the accuracy of the data recorded.

Car importers are advised to notify their shipper to send the bill from the loading port so that it is easy to confirm which parts are in their units.

In addition, the CFS decided to hire escorts to monitor the wagons from the port to the storage yards.

CFS are required to compensate damage or stolen parts in vehicles. 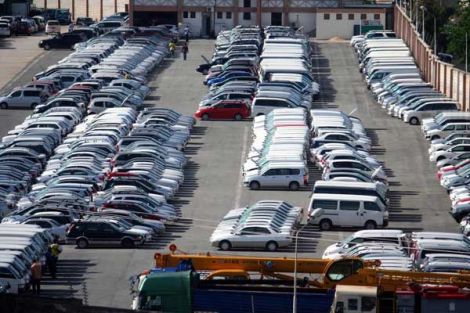