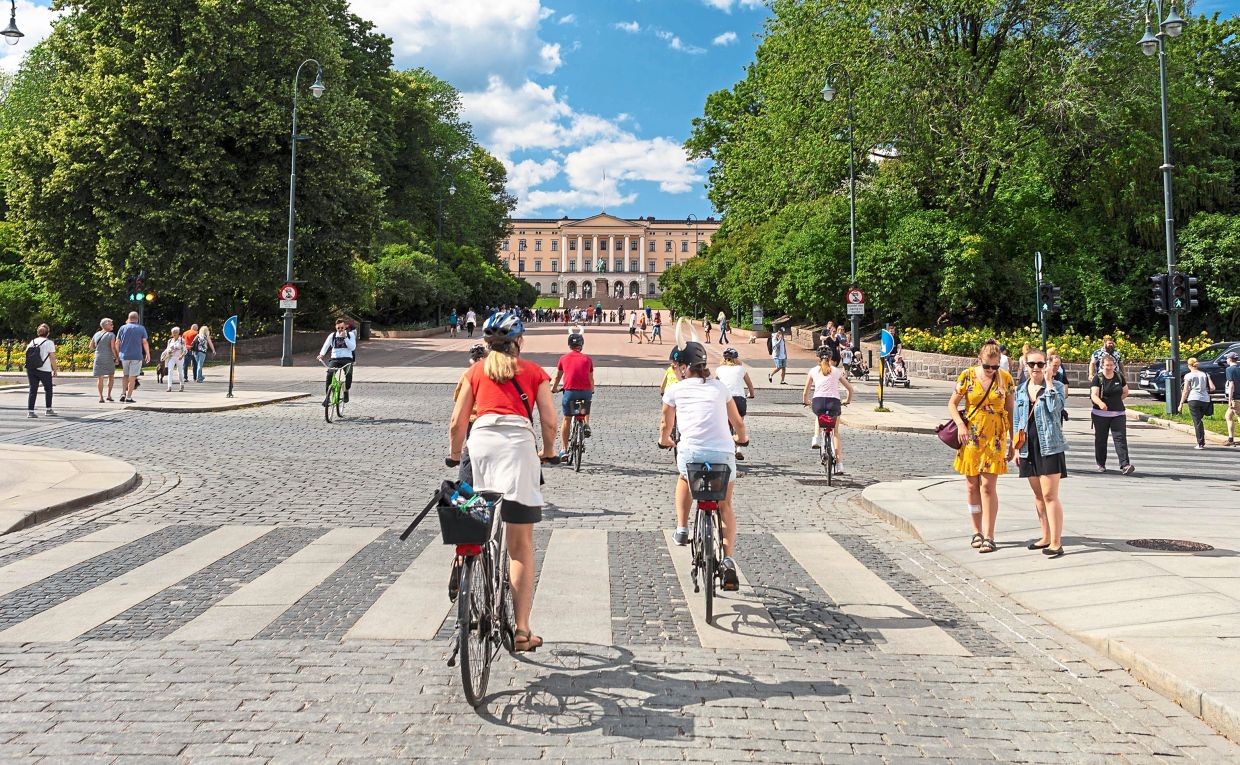 How Oslo is recycling its old parking spaces for cyclists

In recent years, Oslo has seen a proliferation of pedestrian streets, public transport now serves all corners of the city, and parking spaces, usually reserved for cars, have been transformed over time into cycle paths. When they don’t end up like this, they are replaced by green spaces or bicycle parking lots.

The trend is now for the transformation of old car parks into cycle paths, easily recognizable by their red color. Bikes (including cargo bikes) are available through bike-share systems to help those who don’t have their own bike get around the city center, which is fully catered for them.

However, there are still a few parking spaces, reserved primarily for disabled drivers, emergency vehicles or delivery drivers (even if the latter are generally only allowed to drive in the morning). Others are dedicated to charging electric vehicles. In addition, there are still many parking lots on the outskirts of the center.

It should also be noted that the few cars still circulating in the center of Oslo are mostly electric. The Norwegian capital is now one of the European cities with the highest rates of electric vehicles on the road, according to a recent report by the International Council on Clean Transportation (ICCT).

All of these changes are being made to help improve air quality and combat climate change. But another advantage is the safety of road users. A pioneer in the pedestrianization of its city center, Oslo recorded no deaths of pedestrians or cyclists in 2019, a unique case in the world for a city of its size.

While Oslo began its transformation decades ago, other major European capitals, such as Paris, Madrid and Berlin, often face greater opposition from residents when imposing this type of policy. – AFP Relax news