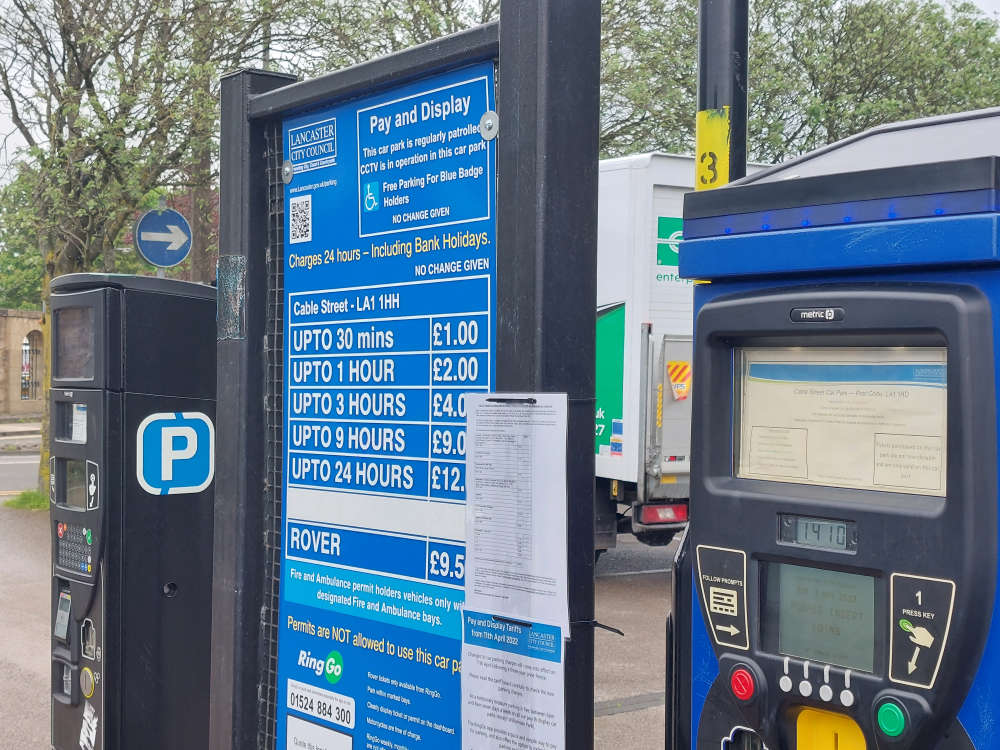 The two-hour rate that was controversially scrapped as part of a parking fee overhaul will be reinstated in Lancaster after public pressure.

The two-hour rate is to be reinstated in the council’s Lancaster car parks at a charge of £3.

A two-hour rate was already in place for Morecambe car parks.

The council also announced it would reduce its new 6pm to 8am charge from £4 to £2, for all of its paid car parks in Lancaster and Morecambe.

A spokesman for the council said it was to “simplify and streamline evening charges in car parks paid and posted by the council after 6pm, which range from one hour all night until 8 a.m. the next morning.”

In addition, the new £5 for 5 hour rate introduced at both St Leonard Gate car parks in Lancaster, to support the arts and culture sector, will also become an available option at the council’s Moor Mills 1 car park on Bulk Street, Lancaster and the telephone exchange car park in Morecambe. This rate is available at any time of the day.

The council spokesman said the changes take into account the views of regular car park users and the impact on local people and businesses of the cost of living crisis.

Earlier this year, Lancaster City Council announced a sweeping overhaul of its parking fees, which came into effect on April 11.

Local resident Colin Hewitt started an online petition calling for the new parking rates to be reduced, which received more than 4,000 signatures.

Councilor Gina Dowding, cabinet member responsible for planning and creating places, said: “As a council committed to listening to and supporting local businesses, residents and other stakeholders, especially now that we we find ourselves in a spiraling cost of living crisis, we have re-considered a number of our rates.

“We were fully aware that there would be a diversity of views and that the introduction of new fillers would have to be finely balanced and remain under careful consideration if they were to meet everyone’s needs, while allowing us to balance the accounts.

“I think these modifications provide a range of affordable options that people have told us are important to them.

“Money generated from parking is a vital source of revenue that funds many of our vital services and while we may need to seek savings in other areas, residents can rest assured that we will aim to choose savings that will have the least impact on the services and support we provide to our local partner organizations.

The council said the new rates, which came into effect in April and May this year, followed a four-year price freeze on parking in council pay and display car parks, to provide an approach more coherent, to align costs and to eliminate differences. between long-term and short-term parking.

The revised tariffs resulting from the recent review will come into effect once the legal process for introducing the changes has been completed. This should take between eight and 12 weeks.

To see full parking fees before the changes announced today, and rates before the initial redesign, see below.

Related Story: New Lancaster and Morecambe Parking Fees at a Glance – Beyond Radio