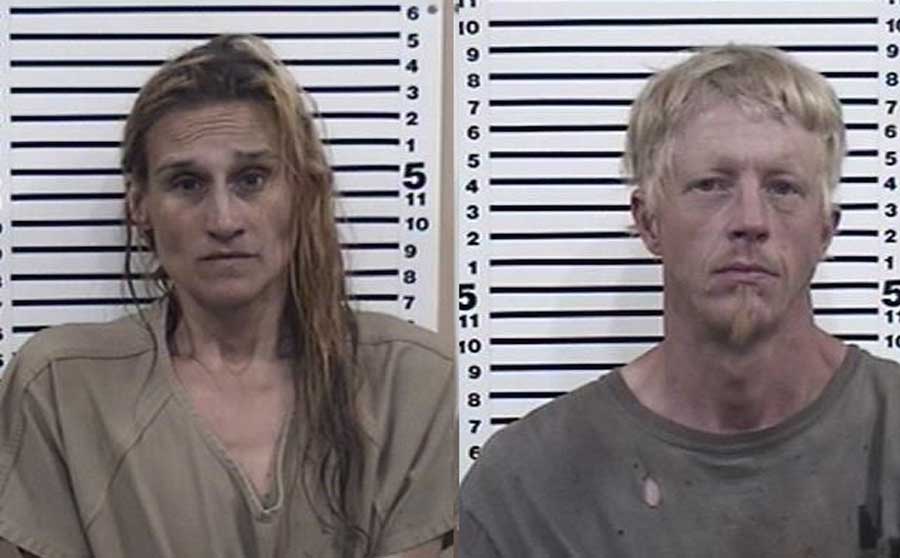 The following is a press release from the Bonneville County Sheriff’s Office.

Deputies were called to a residence on East 65th near North 129th around 2:45 p.m. when the reporter located a man and woman on the property in a van. Deputies arrived in the area and were able to arrest the woman about a mile from the scene after she left in the van. The man was seen running through the fields and continued to flee on foot after spotting deputies who apprehended him moments later.

The couple were identified by deputies as Christopher Williams and Alana Faus, both 39 from Idaho Falls, and believed to be involved in a reported robbery at the same residence on Tuesday. The victims contacted the dispatcher when the vehicle returned and were able to provide their direction of travel to responding deputies and help apprehend them.

Faus had admitted to deputies that she and Williams had returned to the property that day to finish cutting the catalytic converters of vehicles on the property, but had fled when discovered by the owners. A search of the vehicle after a K9 was alerted to the presence of illegal drugs yielded several items of drug paraphernalia, just over two grams of marijuana and THC wax, and just over four grams of methamphetamine.

Faus admitted to deputies that the bags and containers containing the illegal substances and paraphernalia belonged to him.