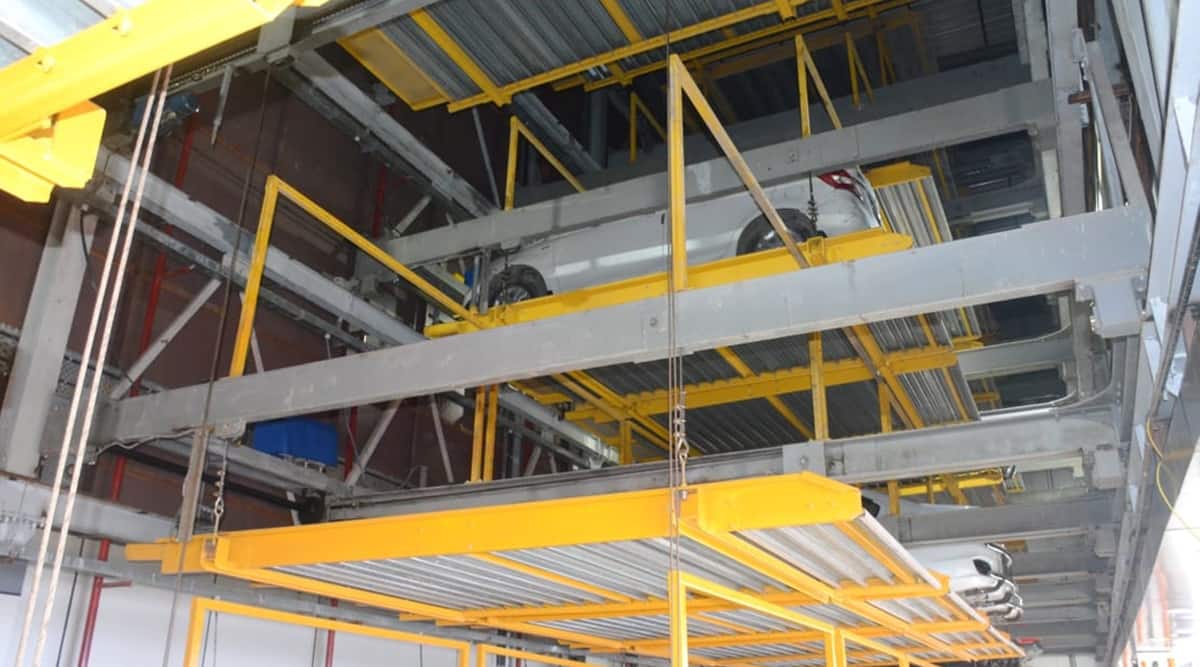 The South Delhi Municipal Corporation on Sunday inaugurated an automated multi-level car park in the village of Adhchini, with a capacity of 56 vehicles.

Mayor Mukesh Suryan said the move would make it easier for people to park in both rural and urban areas, as it was built on less space than traditional parking lots. The total area of â€‹â€‹the parking lot is 467.83 mÂ² and a total of 56 vehicles can be parked at one time.

A senior South MCD official said the average recovery time for each car will be 150 seconds, compared to nearly 15 minutes in traditional parking lots. The parking lot has two modules, with six levels in each module. Thirty-one cars can be parked in one module and 25 in the second module, the senior official said.

There will be no manual interference in this multi-level automated parking lot after parking the vehicle at ground level. The manager said that the modular design was made of steel: â€œIt is a pollution-free structure where the response time will be very short. Fire fighting and other arrangements have also been made at this facility. “

Work on two puzzle automatic parking lots in Punjabi Bagh and M Block Market in Grand Kailash II, with a capacity of over 200 and 450 cars respectively, would also begin this month, he said. . The projects, however, will take over a year to complete.