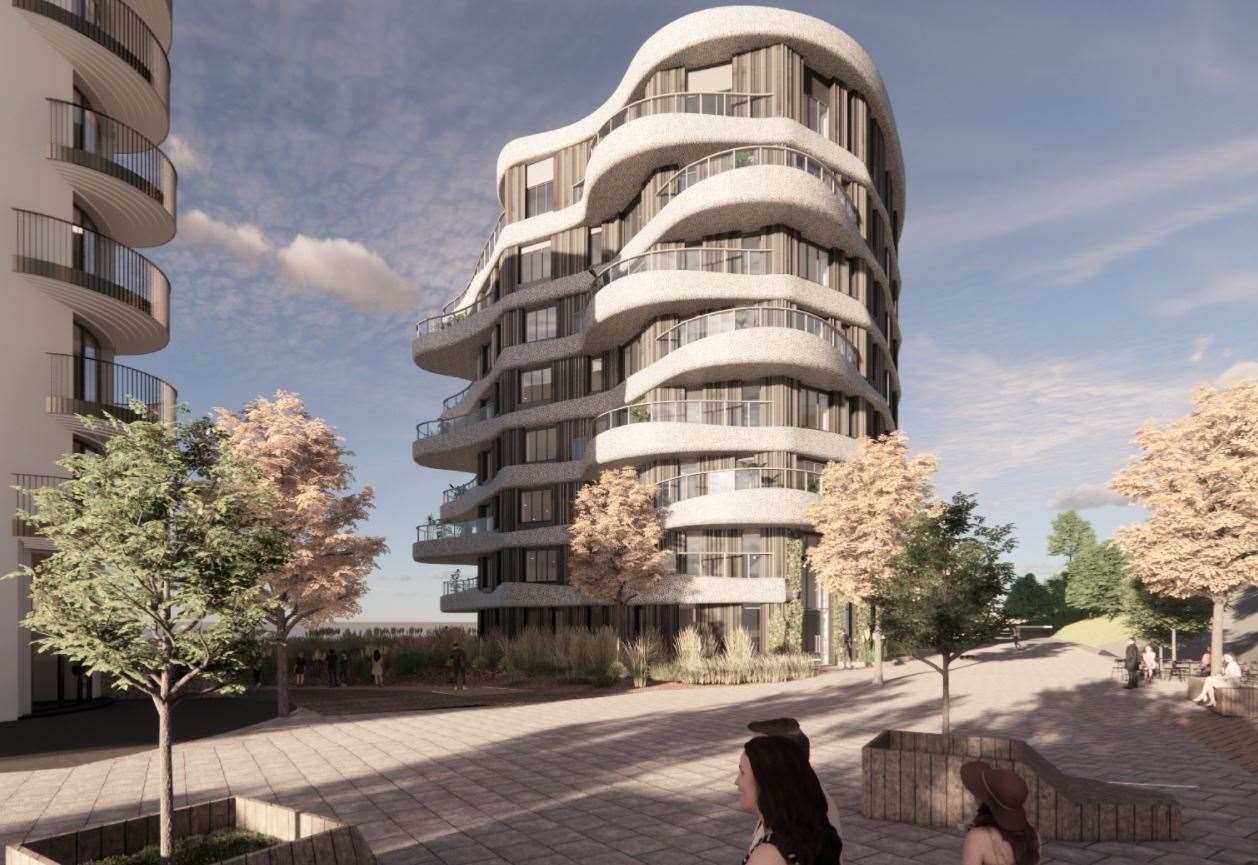 Parking and transport links have once again proven to be the main area of ​​concern for subsequent Folkestone seafront redevelopment plans.

A public display of plans for the next phase of the port’s ambitious regeneration attracted hundreds of visitors over two days, many of whom expressed concerns about accessibility for drivers.

The Folkestone Harbor & Seafront Development Company (FHSDC), led by billionaire philanthropist Sir Roger De Haan, has unveiled plans for a new public square at the foot of the historic Leas Lift as well as a block of 13 apartments.

Trevor Minter, director of the development company, told KentOnline that the issue of parking and infrastructure is being looked at in conjunction with county and district councils.

“It’s quite a difficult place to get in and out of, public transport isn’t good, and there are levels [from The Leas to the seafront] to face,” he said.

“If we try to sell apartments and houses, they will want a parking space, and I can tell you that in this consultation, as in all previous consultations, the first thing that everyone asks is “what about it from the car park?

“We are certainly coping with all the demand we are creating in accommodation. But of course the port arm is becoming incredibly popular and we have to work with the councils to find solutions.”

Jan Doyle, who lives on The Leas, was among dozens of visitors to the consultation event yesterday.

She said: “I think it might be quite interesting to see it and might tidy up that area. I just hope the lift comes to fruition and gets fixed as soon as possible.

“The other thing is parking. Folkestone relies on people coming, day trippers, and if you can’t park they won’t come.”

Emily Fahey, who opened the Lift Cafe at the foot of the Leas Elevator in September 2020 with her fiancé Jamie Evans, is seeking a liquor license in view of the growth of the business as new residents begin to move in.

“I think it looks great,” she said of the latest plans for the next phase of development.

“I think there will be a kind of small community and a pedestrian zone where people can sit and have a coffee. I just think it looks great.

“That’s why we want to get the license now, just to give us options in the future. As these apartments go up and people move in, they might want a cool little bar in the evenings or something like that.”

The FHSDC is contributing £750,000 to the water balance restoration project, in addition to money from the National Lottery Heritage Fund, the Architectural Heritage Fund and Folkestone and Hythe District Council (FHDC).

Mr Minter said: “I was involved at the start and people thought we could fix the Leas lift for £85,000. They are now looking at a £5m problem because it’s not just about running the thing again, you need to have enough income up and down the cafes and so on to subsidize the cost because it’s not really an economical trip.

“That’s what the brilliant charity board is working on and they’ve gone through the first phase of getting a heritage lottery grant. Then they’ll have to do their own fundraising, and our £750,000 there will contribute significantly.

“So I’m very optimistic that they will be successful and that we will see the Leas Elevator in operation in two or three years, which would be a great facility for our residents who will be living there.”

Impact of COVID-19 on Online Payday Loans Market Share, Size, Trends and Growth from 2022 to 2031 – themobility.club