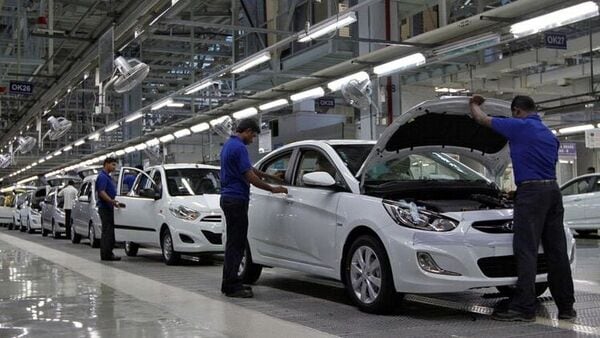 Russia is one of the largest producers of palladium, an essential metal for semiconductors. The increase in its price, coupled with hampered exports, could further aggravate the global chip crisis.

Car prices may soon see increases if the ongoing war between Russia and Ukraine continues in the coming days. According to Bloomberg reports, palladium has already hit an all-time high amid growing concerns that Russia’s exports could be disrupted following ongoing war sanctions. This could lead to a worsening of the current global chip crisis, as palladium is a key ingredient in semiconductors to make cars.

Palladium is mainly used in catalytic converters in gasoline vehicles. Russia is one of the largest producers of rare earth metals, accounting for nearly 40% of all palladium mining production.

According to Bloomberg, buyers are worried about the supply of palladium as most of European airspace remains closed to flights from Russia. Giovanni Staunovo, commodities analyst in the global wealth management unit of UBS Group AG, was quoted by Bloomberg as saying: “Airspace closure disrupts Russian palladium exports. Further price support will likely come from buying by investors and consumers trying to obtain physical palladium. With low aboveground stocks, palladium, which was undersupplied for nine years through 2020, is highly susceptible to supply disruption risks.”

Palladium spot prices surpassed their previous peak in May to climb 5.3% to $3,169.46 an ounce. The price of metal has already increased by 66% this year.

Earlier, the Federation of Automobile Dealers Associations (FADA) in India raised concerns about the ripple effects of the Russian-Ukrainian war on the auto supply chain. He had said: “Due to the ongoing war, we are once again concerned about the shortage of semiconductors which will create additional supply problems for PVs.”

Besides palladium, there are also growing concerns about the supply of neon gas, used in the manufacture of semiconductors. Ukraine, currently facing Russian aggression, is one of Neon Gas’ main suppliers.