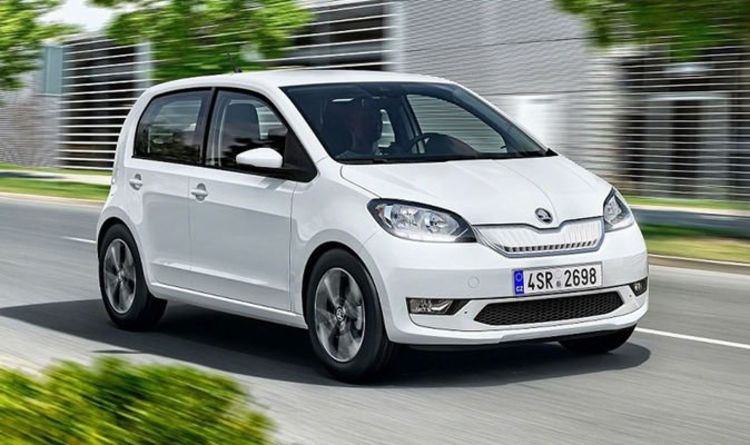 Skoda today launched the all-new CITIGOe iV electric car at an event in Bratislava, Slovakia. This is the Czech automaker’s very first electric car and it is a zero-emission iteration of the internal combustion engine model. Skoda said that “the era of mobility begins today” as the car silently entered the stage. Engineers described the CITIGOe iV launch as a “very special moment” and bragged that the electric vehicle was the “perfect electric car for the city” – and they could be right.

The price of the compact electric car is ‘well under â‚¬ 20,000’, suggesting a price below Â£ 17,500 in the UK, making it relatively affordable.

One problem people have with electric cars, especially those of this price point, is that they don’t have very “usable” range.

However, the new Skoda electric car has an actual range of 265 km (165 miles) by WLTP standards.

This will suit the vast majority of motorists and the car will likely take on the sister company’s VW e-Up and Renault Zoe, which cannot match its distance on a single charge.

The power of the pocket electric car is 36.8 kWh which can be recharged to 80% of its capacity in 60 minutes when connected to a 40 kW fast charger.

It should also be pretty tight on the line as it has 210Nm of torque and unlike an ICE it can use that torque immediately to give you instant acceleration.

It has an electric motor output power of 61 kW which, in conjunction with torque, allows the car to go from 0 to 62 mph in 12.5 seconds.

It is also the same size as the Citigo, which means that interior space is not compromised by the battery, which has been installed in the ground.

The design of the car is distinguished by the body-colored grille which gives it a fresh new look and the word Skoda spelled on the trunk, a new signature of the firm.

Its rear-view mirror has also been designed to integrate turn signals. The car is only 3,597mm long and 1,645mm wide and has a 250-liter trunk that can be extended to 923 liters by folding the rear seats.

Å KODA CEO Bernhard Maier said: â€œToday Å KODA enters the era of electric mobility – a very special moment for the company, which will celebrate its 125th anniversary next year.

â€œIn addition, we are presenting the new edition of our flagship model, the SUPERB, with a sleek design and new technologies. “