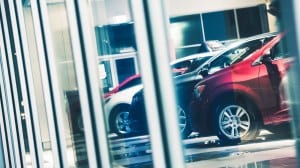 That’s just $393 more than the average at the end of October — a 0.7% increase and a slower rate of climb than Americans have grown accustomed to in 2021.

Prices increase even in the event of a sales slip

Prices have risen for eight consecutive months. But the sales volume has now declined over the past six years. “High prices and limited choices are likely keeping many car buyers on the sidelines,” said Kayla Reynolds, analyst at Cox Automotive.

Each type of vehicle is more expensive

Over the past year, prices have increased in all market segments. Even subcompact sedans — generally the most affordable vehicles on the market — saw their prices increase by an average of 16.7% between November 2020 and November 2021.

But much of the increase in the average price of new cars is due to more affordable cars taking a smaller share of the market.

In November 2021, cars (average transaction price of $41,026) were on average more affordable than new SUVs ($45,201). But car market share hit a near-record low of just 21.7%. As fewer cars are sold, trucks and SUVs dominate the market, driving up prices.

It’s not just about changing tastes

This is partly due to consumer tastes. But it also comes from a global shortage of microchips. Automakers are using the limited supply of microchips they get to build higher-margin vehicles, so expensive SUVs outnumber cheap cars in most terrain.

The microchip shortage, along with other supply chain challenges, will likely stay with us well into 2022. “It’s still a seller’s market, and we don’t expect things to change. soon,” says Reynolds.

However, high used car prices can give new car buyers some relief. She explains: “With high prices being the norm at the moment for new and used vehicles, this means that trade-in values ​​are very favorable and can help soften the blow to consumers when buying their next vehicle”.