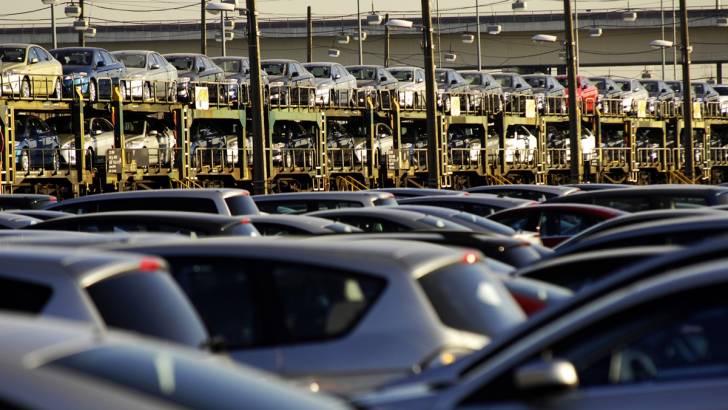 The used car price bubble could burst in 2022, the damage is already done

According to a recent report released by the folks at KMPG, a multinational corporation with more than 230,000 employees, data shows that used car prices rose 44% in November year over year. They haven’t seen anything like this in decades, which is a wake-up call.

KPMG analysts believe used vehicle prices should return to their normal market values, but this would only happen when automakers are able to produce and deliver a normal supply of new cars.

The KPMG report showed that the price difference is, on average, 30 percent, but some vehicles got even higher figures. Buying a car (or any other product, for that matter) at a higher price does not make it more valuable if the supply is sufficient or if there are alternatives on the market.

In other words, used vehicles that were acquired in 2021 for more than their value will never be worth more than what people paid for them. This is sad news for anyone who has had to borrow money to buy a used car this year, especially if they have taken out a loan over several years.

The effects of this crisis could last for years as supply is offset by demand, while around 30-40 million used vehicles have changed hands by the end of 2022 at an estimated price of 30 million. % greater than their value.

Regardless of how people paid for the used cars they bought this year, these units won’t be worth as much as they paid for them once the long delivery times of 2021 and the shortage of parts that hamper production will be gone.

Unfortunately, people who paid up to 40% more than a car’s value won’t get 40% more in value when they want to trade in that vehicle for a newer vehicle.

What’s more, the most concerning fact in the whole crisis is that lenders could also find themselves in hot water since the vehicles they financed are not worth the value they paid for, and millions of customers, even tens of millions (as KPMG estimates), could be underwater on their loans. The term refers to the installment payment for a product that is not worth a significant portion of what was paid for it.

How will the crisis end? Unfortunately, KPMG cannot predict the future but has created several scenarios. As they say, it depends on inflation, and rising used vehicle prices could set a new ground for vehicle value. However, it also depends on the financial sector and its interest rates, as well as government policies, suppliers and automakers.

In short, if you’ve recently been offered more than what you paid for your used car, and it’s not a future classic and worth collecting, you may consider selling it for a profit as long as you can find a reasonably priced replacement.